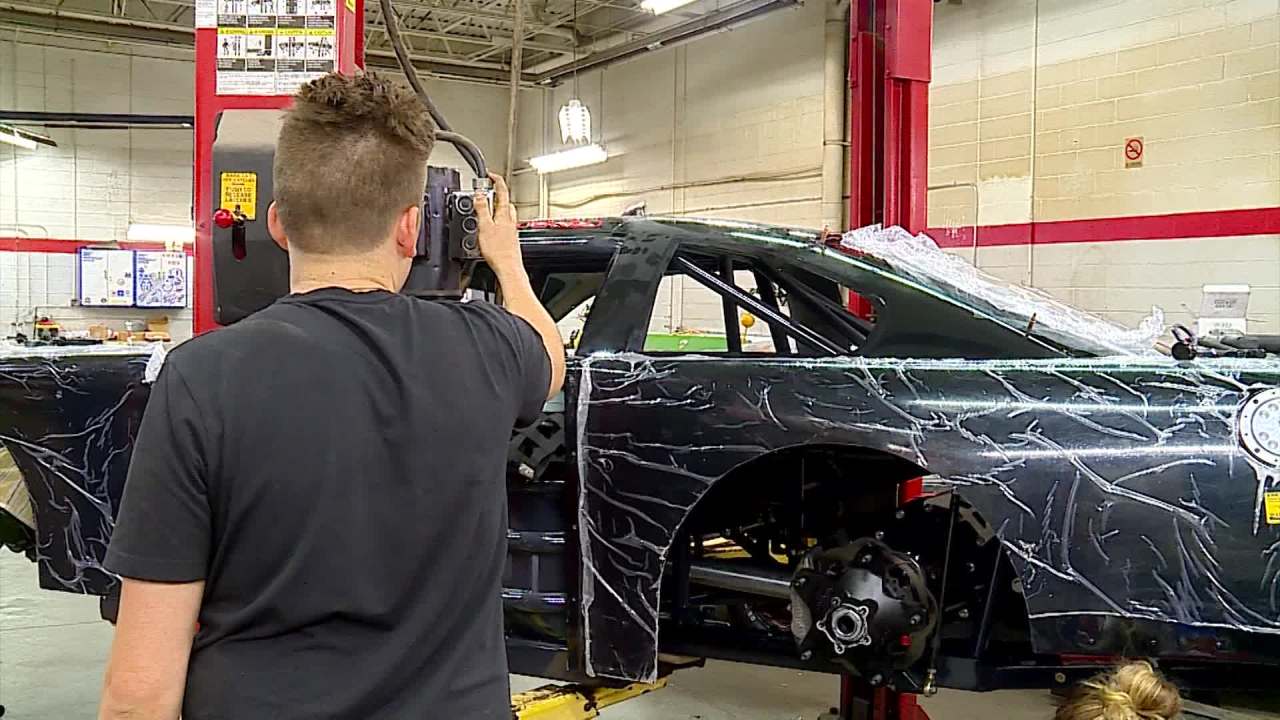 Like most 19-year-olds, Evan doesn’t yet have a home of his own. But he has his own business.

“I always knew that was what I wanted to do, that’s pretty much all I was good at,” he said.

He is the owner of Shotko Motorsports, which tweaks customer cars for race day, including his own.

“I really started working on people’s cars to pay for groceries, so I did that all through school because groceries are expensive. Now that I’ve graduated, I’ve been able to take it to the next level and do it for a living,” Shotko said.

He has only one part-time employee but gets a lot of help from drivers who have taught him everything.

“My dad used to race; my grandfather raced. Race family. So I was able to learn a lot there, but both of my parents are business owners as well, so I’m learning from them in both aspects.

Racing isn’t the only thing in Evan’s blood – his father, three-time track champion Billly Shotko, says entrepreneurship is too.

“He was always a bit of an entrepreneur, my wife and I both are, and he wanted to be on his own, his own boss. We are proud of him.

With the help of his family, business is booming. But it’s going almost too well.

“From the time I wake up until the time I go to bed, it’s either on the phone or I’m there, ordering parts, doing something with the race, my own car or the business This is the race from sunrise to sunset.

But he couldn’t have it any other way.

“There are plenty of days when I hate my job. But there are days when I can sit and watch and that’s pretty cool. It’s pretty much everyone’s dream to do what I do.

There is no finish line for Shotko Motorsports – Evan is enjoying the ride.

“As long as my business is growing and I can support my family and hopefully one day my kids can race, I can be happy.”

And that’s all his pit crew wants for him.

“I ran for a long time, 20 years, and everyone asks me ‘do you miss it?’ I think I would miss it, but being with him and doing that stuff? I like it just as much, if not more.