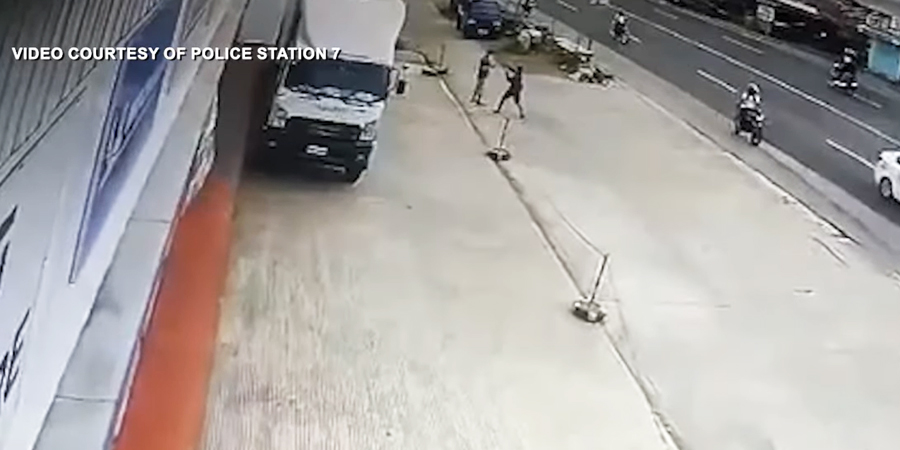 Police investigators are investigating a crime of passion that led to the shooting of a 31-year-old driver, identified as Kim Ryan Canillo, of Sto. Nino, Brgy. Handumanan earlier this week at Bangga Metal, Alijis-Murcia Road, Brgy. Alijis, Bacolod City.

Police Capt. Elmer Bonilla, commander of Police Station 7 of the Bacolod City Police Bureau (BCPO), said in an interview that they were looking into a misunderstanding between Canillo and the suspect.

Initial investigation revealed that the victim was walking along Bangga Metal while talking on the phone when an unidentified person placed their arm over the victim and without provocation pulled on the upper left side of their neck and pulled grabbed his phone.

The suspect fled with an accomplice who was riding a motorbike heading south towards Brgy. Handumanan area according to recent CCTV footage.

The incident left the victim with a gunshot wound to the neck and is now at Bacolod Adventist Medical Center awaiting surgery.

Bonilla added that they already have a person of interest but could not reveal the suspect’s identity but if witnesses positively identify him, they will immediately apprehend the suspect.

Records showed it was the 12th shooting in Bacolod City in June, but Bonilla denies it was linked to successive shootings in the city.

He added that deployments of police on mobile patrol with the increase in barangay tanods will be carried out to ensure public safety and security and prevent similar incidents from happening again.*