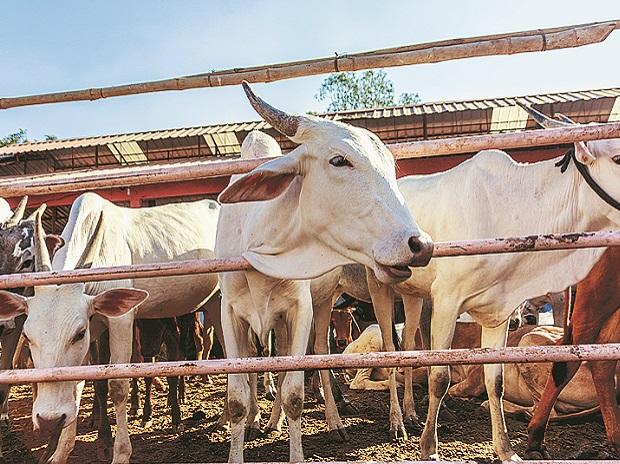 At least 173 cases of the lumpy virus have been found in livestock in Delhi, mostly in the southwestern district, and no deaths have been reported so far, authorities said on Saturday.

This is the first time the Delhi government has reported cases of the lumpy virus in the capital.

A senior official said the first case was detected around eight to 10 days ago and “no deaths have been reported so far”.

The government will adopt the ring vaccination strategy in which healthy livestock within 5 km of affected areas will be vaccinated against goat pox with the Uttarkashi strain of the virus, he said.

In a press conference, Development Minister Gopal Rai said that 45 cases of lumpy skin disease have been detected in Goyla dairy region, 40 in Rewla Khanpur region, 21 in Ghumanhera and 16 in Najafgarh.

Rai asked owners to isolate cattle showing symptoms of the lumpy virus, which can include high fever, reduced milk production, skin lumps, loss of appetite, increased runny nose and eyes. tearful, among others.

He said the Delhi government has deployed two mobile veterinary clinics and set up 11 rapid response teams to collect samples. Four teams will raise awareness about the virus.

The city government has also set up a special control room with the hotline number 8287848586 for issues related to the lumpy virus.

An isolation ward has been set up at Rewla Khanpur Gau Sadan in southwest Delhi for abandoned cattle suffering from lumpy skin disease, Rai said.

The senior official said the lumpy virus was found in 40 abandoned cows that were moved to the isolation ward.

The cow shelter can accommodate 4,500 cattle. The isolation ward was set up away from healthy livestock and mosquito nets were installed there.

“In Delhi, it is unlikely to spread to the extents seen in other states as the number of cases is low and manageable. We have responded quickly and taken all necessary measures to curb the spread,” a- he declared.

Another official said the virus does not normally lead to the death of livestock and the mortality rate is only 1-2%.

The high number of deaths in Rajasthan and Gujarat could be due to the poor health of these cattle and the development of secondary infections, he said.

“Deaths are unlikely if infected livestock are isolated and proper care is taken. Wounds should be disinfected regularly,” the official said.

Lumpy skin disease is a contagious viral disease that is spread in cattle by mosquitoes, flies, lice and wasps through direct contact, as well as through contaminated water and food. The disease causes fever and nodules on the skin, and it can be fatal.

He said about 57,000 cattle had died through Thursday due to lumpy skin disease and told states where cases had been reported to boost vaccination efforts.

(Only the title and image of this report may have been edited by Business Standard staff; the rest of the content is auto-generated from a syndicated feed.)

Once a Buc always a Buc; Ken Nettleton's passion for Belvidere is unmatched