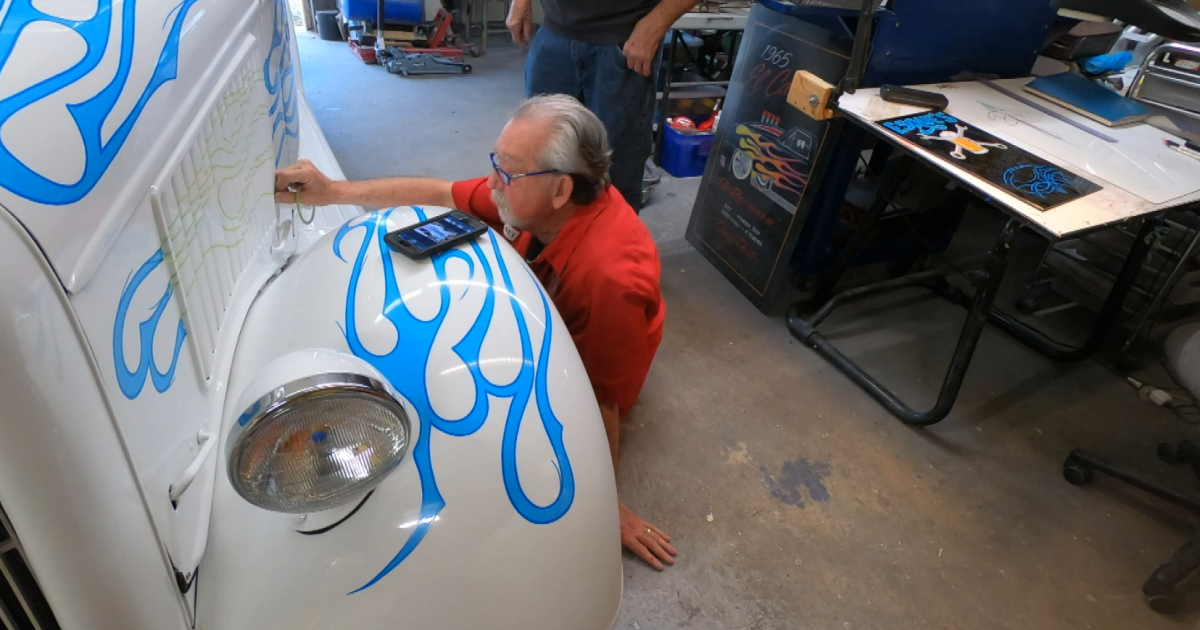 HOPEWELL, Va. – Some call him a rock star. Others speak of him as a legend.

Danny Riddle is known for his steady hand and his ability to turn a car into a work of art.

Danny Riddle’s name is recognized nationwide, written about in magazines and seen on national television.

Raised in Hopewell, Riddle graduated from Hopewell High School in 1965.

“My first job after high school was at Hercules. I was in a band. We played six nights a week and became quite popular,” Riddle said.

The gig saw him quit his day job and tour the East Coast with the band before returning to a job in Hopewell with Allied Signal.

But for decades, Danny had a side hustle that started accidentally.

“I had taken a bottle of Testors model airplane paint and a cheap paint brush and painted my initials on the doors in Old English. Before I left I was making $18 making cars for $3 apiece”, Riddle said.

This would be the start of Riddle Sign Company in 1973.

He was able to make a name and reputation for quality through word of mouth.

Riddle is a car enthusiast at heart. However, it is the painting, the image in his mind that brings everything he touches to life.

“It seems like some days you might come here, load up the brush and you start working and you just follow the brush. You’re just in one zone and it’s so nice,” Riddle said.

It’s a talent that has transformed thousands of cars, motorcycles and anything with wheels into one-of-a-kind works of art.

“The good Lord helps keep my hand steady, but I really feel like through his guidance I’ve developed a talent,” Riddle said.

Although he said he was semi-retired, his artistic talent remains in high demand.

“I think it’s a gift and I think he’s honed that gift over the years and years. He’s no different from an Olympic athlete who just said, I want to get better. And now today it looks easy but it’s been years of work,” Becky McDonough, CEO of the Hopewell-Prince George County Chamber of Commerce, said.

While some say what Danny does is a dying art form, a few years ago Danny was asked to help the school system show the next generation how to do stripes.

Now 75, Riddle looks back on a full life and leaves behind his legacy in painting.

Riddle said he was slowing down and trying to retire, but his phone kept ringing.

Like any artist, he is really happiest when he is holding a paintbrush.