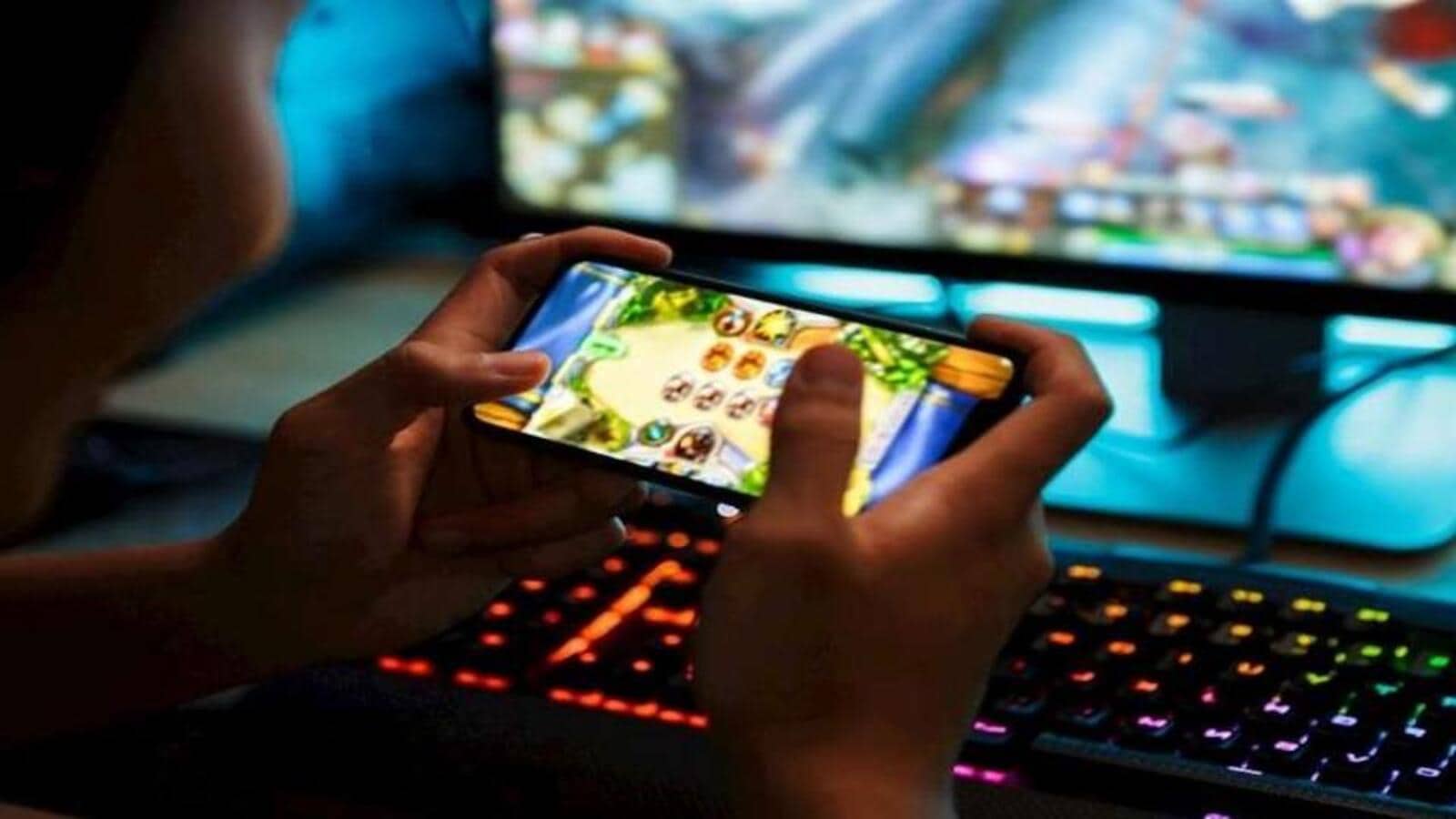 Soon, the sound of gunshots, shelling, loading and unloading of rifles and muffled cries break the silence. The Nawabi-era playground for outdoor games is seeing a complete transformation as it turns into a safe haven for players of BGMI (Battle Ground Mobile India), which they claim is an Indian version of PUBG ( Player Unknown’s Battle Grounds) – the mobile multiplayer battle game.

People from the gaming community, which largely includes those in the 11 to 38 age bracket, begin to flock late in the evening. Their number increases to about sixty at midnight. Elders residing in Kashmiri Mohalla and nearby pockets say the change is of recent vintage.

“Such a crowd was not seen three or four years ago. And now it remains a constant affair at night. Allah jaane kya dekhte rehtein hain you bacche mobile mein. Est mobile ne naslein kharaam kar di hain. ( God knows what they keep looking at in their mobile phones. These smartphones are spoiling our future generation),” says Fehmi Naqvi, a local resident and electrician.

Other locals say the gathering has become all the more evident after the Covid lockdown.

While locals find it an unusual and “crazy” trend, people in the gaming community are welcoming it.

“We don’t bother anyone, we just play our game and mind our own business without bothering anyone else. It is no different than any other game like cricket, badminton or any other sport that requires physical work. The only difference is that this game requires more mental work. I think it’s a welcome trend,” says Sayed Zafar Zaidi who owns a game ID by the name of “Katai Zehar” (extremely toxic in local parlance).

Zaidi, who calls himself a pro-level BGMI player, is at the park here with his squad of four to play. He has been playing the game since 2018.

“I am a game lover. Initially, I was playing a game called – Rules of Survival which was more or less similar to PUBG. But in this game the pirates were more active. Therefore, I switched to PUBG which is less prone to hacking. Initially, I played one season, then the second season and so on…and today I am a professional-level player,” explains Zaidi, who has a big fan among the gaming community.

However, gamers cannot deny that the game is addictive.

“Indeed, this game is addictive and you have to set limits. In my early days, I was playing almost 9-12 hours a day. However, now I’ve limited it to two to three hours a day because for me it’s a stress reliever,” says Zaidi, who works in the dietary supplements business.

Perhaps it is the real-time nature that players say makes this game more addictive.

“A team consists of four players, who can also be your friends. And at most, there can be 100 players in the game. It’s more of a mission game that gets more interesting and challenging with each level. We have to land at strategic locations, with loot weapons and supplies and we have to survive to become the last team standing in the diverse battlefield. What makes this game more interesting is its real-time nature. In the game, we can interact freely, which also makes us feel like we are on the battlefield and virtually part of a mission. It’s that thing that makes it more addictive,” says Mohammed Amir, another pro-level player.

Some gamers, while pointing to the recent incident where a 16-year-old boy from Lucknow shot his mother who stopped him from playing PUBG, no doubt say that the game is about violence, but this is not the only reason that compels players to engage in crime.

“I think it’s also the need for money that arises while playing the game. This game has a lot of in-app purchases that are in the thousands of dollars. And that need for money also acts as a catalyst,” says another player.

They say one often needs money to update one’s identity, which is more of a status symbol now.

“You have to buy UC (in-game currency to make in-game purchases). And 300 UC has a cost of ₹300. Now, to buy skin or to upgrade a weapon, you have to spend 50,000 UC to upgrade a particular weapon or even more to buy something else which can include binoculars, upgraded car, armor, costume, gun, backpack, glasses, etc. . For example, I myself spent about ₹2,50,000 so far in upgrading my ID. Some people use fair means to meet expenses while a few use unfair means,” one player explains.

Another player named Mohammed Rashid from Varanasi claims to have spent around ₹6 lakh to update his game ID.

“Enhanced ID is a status symbol in the game community. Having an Enhanced ID signifies a professional-level player and is visible to all players in the game, who often praise you for holding such an ID. Among other things, M 416 Glacier, AKM Glacier, M 416 Fool, Desert Fozzil-AKM are perhaps the most expensive gun skins from BGMI with a price tag in the hundreds of thousands.

Apart from the regular players, some tournament organizers are also present in the park. They say BGMI tournaments are quite common these days where teams of players can participate virtually.

“Anyone holding a chamber card can organize a tournament. Players can participate in the tournament like any other sport and have a chance to win the winning amount that could come from ₹5,000 to ₹50,000 or even more,” says a tournament organizer.

Gamers say they find no difference between PUBG, BGMI and any other sport. But psychiatrists have a completely different opinion on gambling, which for them seriously affects the unconscious.

“Our brain learns things in two ways: consciously and unconsciously. Consciously means the things we want to learn. Unconsciously refers to things that automatically register in our brains, unnoticed. And such violent games affect the unconscious mind which may react in the same violent way if it encounters a similar situation,” says Manini Srivastava, Assistant Professor in the Department of Psychology at Lucknow University.

She says a study of the content of cartoons served to children across India found that children exposed to violent cartoons are more aggressive in nature than other children.

“Violent games like PUBG or BGMI are totally different from traditional games like chess, carom, badminton, cricket or football. Playing these games will only lead to aggression, callousness and violent behavior.

Contrary to what psychologists say, people in the gaming community believe that technology has advantages and disadvantages. The pros should be taken and the cons should be ignored, they suggest.

“In these times of growing community divide, it’s this community of gamers that has kept them together regardless of our caste and community. It’s bridging the gap between people. I found my soul mate in PUBG and now we are getting married in November. We have PUBG friends and have PUBG meetups often. I think we should also look at the positive side. Indeed, it’s a welcome trend,” another player said.

Additional Assistant Commissioner of Police (West), CN Sinha, said playing games on mobile phones is not a crime and is permitted unless it affects others.