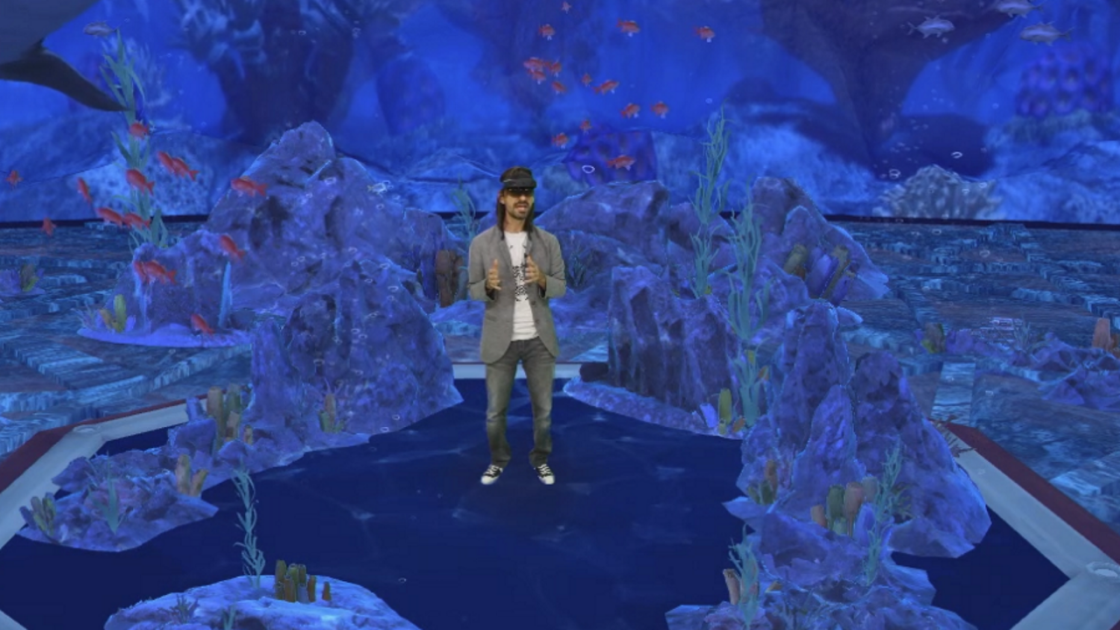 Microsoft kicked off its Ignite conference today by demonstrating the VR meetings we all wish we had over the past year.

Its Mesh collaboration system, running on $ 3,500 HoloLens headsets, offers real-time “holographic” video conferencing with avatars or models captured in motion. It’s pretty similar to a third-party offering, Spatial, that we’ve seen at the Qualcomm and Microsoft events over the past couple of years. We’ve even seen Spatial running on HoloLens. Collaboration is definitely a killer business app for mixed reality, especially in our post-COVID world to come, where there can be a lot less business travel and a lot more work from home.

The biggest problem is that the AR / VR hardware strategies of Microsoft and everyone else seem to be stuck, and I suspect that (to their horror) only Apple will take them out.

In many ways, it reminds me of the smartphone market from 2002 to 2005, when Microsoft dominated corporate smartphones in the United States with “Pocket PC” branded devices running Windows Mobile. Smartphones existed then! I was literally hired to cover them. My first smartphone roundup, in 2004, was quite the island of misfit toys. Along with Microsoft, a handful of other platform players fought for the position, the equivalent of today’s Valve and Oculus in VR. Then, between 2007 and 2009, a vast hardware transition (towards capacitive touch screens) and a network transition (towards 3G) took place, and it finally dazzled them all.

There are at least three issues mixed reality must overcome: hardware, network, and software. Microsoft may have software, but the hardware and the network won’t be there anytime soon.

The hardware issue, in my mind, is mostly with displays and the hitherto unacceptable tradeoffs between cost and power consumption. The Oculus Quest 2 and other VR headsets have immersive, high-resolution, and affordable displays. They are heavy, consume a lot of energy, and are really uncomfortable for most people to wear for more than a few minutes. People who use them tend to be passionate about VR as a hobby, much like the challenge of installing an app on a 2003 era smartphone only excites geeks.

There are super dense little screens suitable for augmented reality, but they’re expensive, limited, and don’t seem to get much cheaper over time. This in turn slows down the development of AR glasses. HoloLens 2 is a solid two year old; the first iteration is five years old. Google Glass is nine years old. Iteration of industry-wide product generations every three to four years puts us maybe eight years away from the AR experience Microsoft wants to sell us.

This Qualcomm slide, from last year’s Augmented World Expo, indicates that we may be 10 years away from mainstream AR glasses. (Qualcomm)

The network part is also dropping us right now. Qualcomm told me a while ago that AR and VR experiences, ideally, require less than about 7ms of latency. This is completely impossible on 4G, which currently connects your AR / VR to your home or office. 5G is supposed to save us with lower latency, higher bandwidth, and guaranteed quality of service. These are all great items for mixed reality, but the true reality of 5G has fallen on each of these points so far. It will likely take widespread mid-range 5G to get us there, which means at least 2024-25.

Note that the network does not need to be in the glasses. Glasses could be a device for a phone, for example. But the network must to exist, and it really is not yet.

Recommended by our editors

Now, we end for a replay of the smartphone market. An area where Microsoft does a lot of the initial development, but Apple steps in at the right time, makes it mainstream, and flees (at least to the United States).

The right time is starting to look like the launch of Apple’s AR glasses in 2023, which I think could turn into 2024 before all is said and done. Apple’s supposed launch date has already been announced several times. He will not sell wine before his time. With the iPhone, he waited for the generalization of capacitive touch screens, which allowed him to create a new user-friendly interface that blew up the world of existing smartphones. With AR, I suspect he’s waiting on screens.

Microsoft is already thinking about Apple’s potential hardware advantage. Mesh is not a helmet or even an app; it is a cloud platform, designed to run on a range of end user devices. That way, it could look like how Office, OneDrive, and Teams interact with people on iPhone and Mac.

But of course, on Apple hardware, Apple’s services always come first, putting Microsoft in second (or third) place. The good news for Microsoft is that it has up to five years to figure out what to do about it. The bad news for all of us is that AR or VR is unlikely to actually change our worlds before then.

Subscribe to our Apple weekly brief for the latest news, reviews, tips and more straight to your inbox.

This newsletter may contain advertising, offers or affiliate links. Signing up for a newsletter indicates your consent to our terms of use and privacy policy. You can unsubscribe from newsletters at any time.