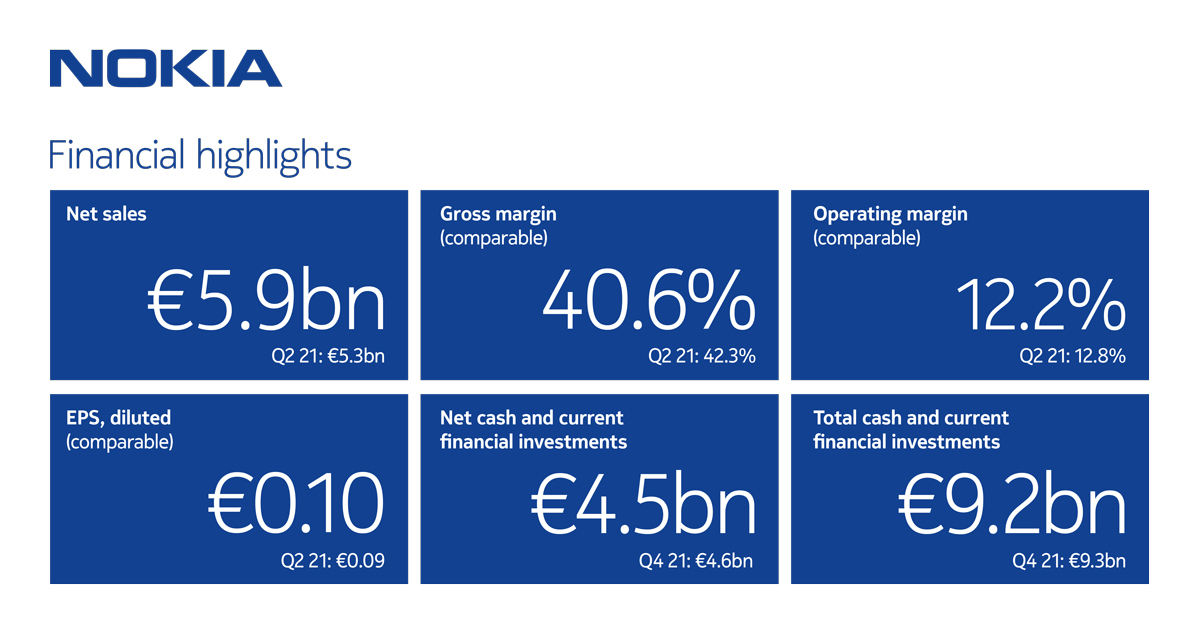 Mobile Networks, Network Infrastructure and Cloud & Network services grew by 9%, 21% and 7% in revenue, while Nokia Technologies – the unit responsible for trademark and patent licensing – saw revenue growth business was down 24% (96 million euros) compared to the same period last year, due to the end of license agreements in dispute or renewal, but also due to the evolution of the smartphone market. Nokia said Nokia Technologies’ sales were affected by “changing market share in the smartphone industry, including a company exiting the smartphone market”, likely referring to LG.

The market reacted with approval to Nokia’s Q2 report sending shares up 9.29% on the Helsinki Stock Exchange. Nokia reiterated the same outlook for the full year 2022, in which the company expects net revenue of between 23.5 billion and 24.7 billion euros, with a margin operational between 11% and 13.5%.

You will find all the details in the PDF report.