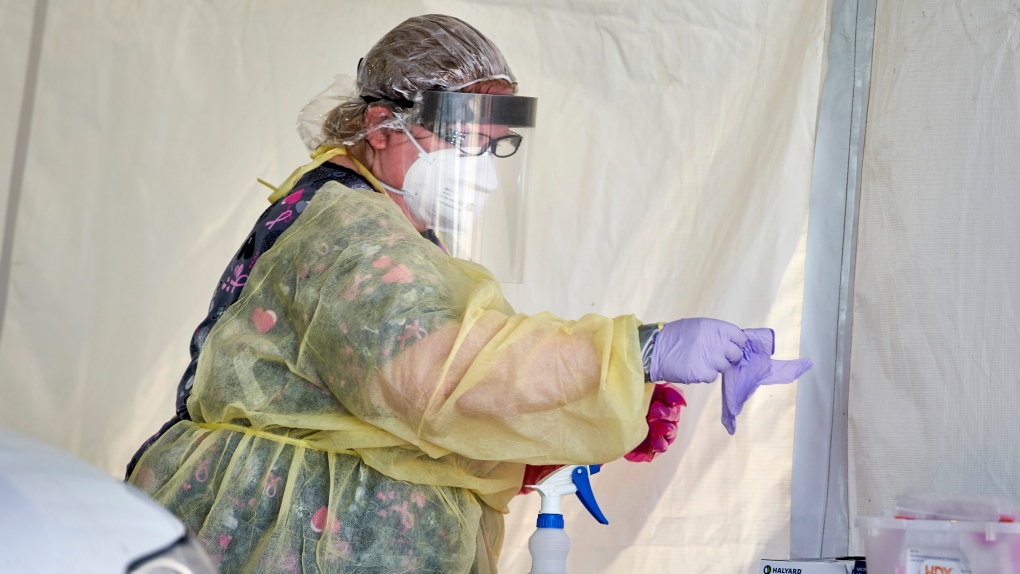 For the third day in a row, Nova Scotia reports a new record increase in single-day COVID-19 cases, with 426 new infections reported on Saturday.

The previous record for a single-day increase in cases was on Friday, when 394 new cases were reported.

Public health says of the infections on Saturday, 296 cases are in the central area of â€‹â€‹the province, 70 in the eastern area, 35 cases in the northern area and 25 in the western area.

The province did not provide a figure for the current total number of active cases, nor did it provide an update on recoveries, vaccinations or hospitalizations on Saturday.

Due to an increase in tests and positive cases, public health says it is experiencing delays in follow-up and will try to contact anyone confirmed positive by the lab within 24 hours.

Due to high demand, some locations are already running out of kits.

“People should consider contacting the library branch or checking their social media accounts or website to make sure they have tests available, â€said Marla MacInnis, spokesperson for the Department of Health and from Nova Scotia Wellness, in an email on Saturday.

MacInnis says another 400,000 kits are expected from the federal government next week, which will also be distributed to public libraries for collection.

â€œWe’re asking Nova Scotians to take only what they need,â€ MacInnis said, noting that only one or two people from each household should get a kit. â€œFor this to work, we need to make sure that the tests are accessible to as many people as possible. “

Tests have also started going home with children from kindergarten to sixth grade. Licensed daycares have received information on how to access testing for families of three and four year olds in their care.

Pop-ups and mobile units will continue to distribute rapid tests in the Halifax Regional Municipality and other areas of the province where there is community spread or other epidemiological issues.

The app, which can be downloaded through Apple’s App Store or Google Play, informs users if they may have been exposed to someone who tested positive for COVID-19.

Anyone who has a new or worsening fever or cough, or at least two of the following new or worsening symptoms, is encouraged to take an online test or call 811 to determine if they should have a test. COVID-19 test:

How (and why) to gift software this holiday season