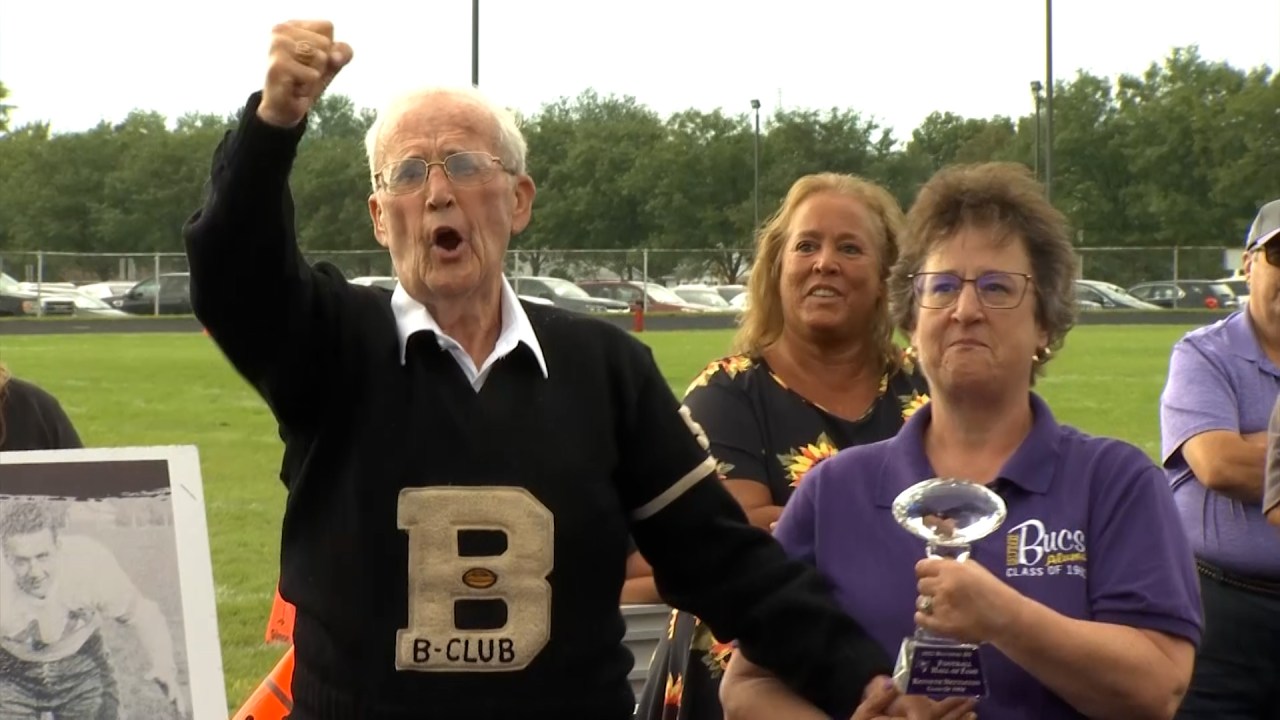 BELVIDERE, Ill. (WTVO/WQRF) – The Belvidere High School Football Hall of Fame grew by three additional members this past weekend. One of the inductees was Ken Nettleton, 86. If there’s one man alive today who exudes Buc’s pride, it’s Nettleton.

Nettleton graduated from Belvidere High School in 1956. His love for his alma mater only grew over the years.

“I’ve always shot for the Bucs, all my years. Always until my last days.

Nettleton played defensive end for the Bucs. He attended the former Belvidere High School which is now a senior living complex on Pearl Street. The Funderberg stadium did not exist at that time. Back then, football games were played at Legion Field. It is now the site of Doty Park.

“It’s a city park, but for me it’s Legion Field,” Nettleton said. “This is Belvidere High School’s football field. It always will be. »

Nettleton was able to speak to the current Belvidere football team ahead of their Saturday afternoon game against Freeport.

“I tell you every time I hear the fight song, the Belvidere fight song, damn it, I think I can still lick the world.”

“You may not realize it as much now, but when you graduate from Belvidere High School, you will be proud. You’re going to carry that pride with you throughout your life, and it’s something no one can ever take away from you.

Nettleton has led a lifetime. After graduating from high school, he spent four years in the military. For three of those years he drove a tank along Germany’s east-west border. He then worked 26 years as a Boone County Sheriff’s Deputy. He was one of the first responders in 1967, the day the infamous Belvidere tornado devastated the community.

Nettleton still has his Bucs Letterman sweater on. He wore it last Saturday while watching the Bucs play the Pretzels.

“It’s something precious,” Nettleton said of his jersey. “I’m so proud of it.”

Nettleton’s favorite memory from his playing days was his last game as a Buc, the last game of his senior year when the Bucs upset DeKalb.

“Our record was 4-3. DeKalb was ranked among the top teams in the state at 7-0. Knowing it was our last game and with Buc’s pride we went in and gave them a hell of a game.

The Bucs won 16-13 on a field goal that was kicked with five minutes remaining.

“It crowned all my years of football.”

Last Saturday, Nettleton was back at the Funderburg Stadium in Belvidere, inducted into the Bucs Football Hall of Fame.

“Ladies and gentlemen, 66 years ago, once a Buc always a Buc, Mr. Kenneth E. Nettleton!” announced the PA announcer to a loud round of cheers, to which Nettleton responded by shouting “Go Bucs!” and a pump of his fist in the air.

Nettleton will never forget the phone call he received from current head football coach Tony Ambrogio informing him that he had been selected for the Hall of Fame.

“He said, ‘Ken, I want you to know that your name has been submitted and approved, and you’re going to be inducted (throttled), inducted into the Belvidere High School Football Hall of Fame.’ That day too, I started (wiping away her tears)…yes, it means so much.

At the end of my interview with Nettleton, I had him sing the Belvidere fight song one more time. “Old Belvidere will win overall. As our sons march to victory. Go Bucks!

Delhi reports 173 cases of lumpy virus in cattle, no deaths so far