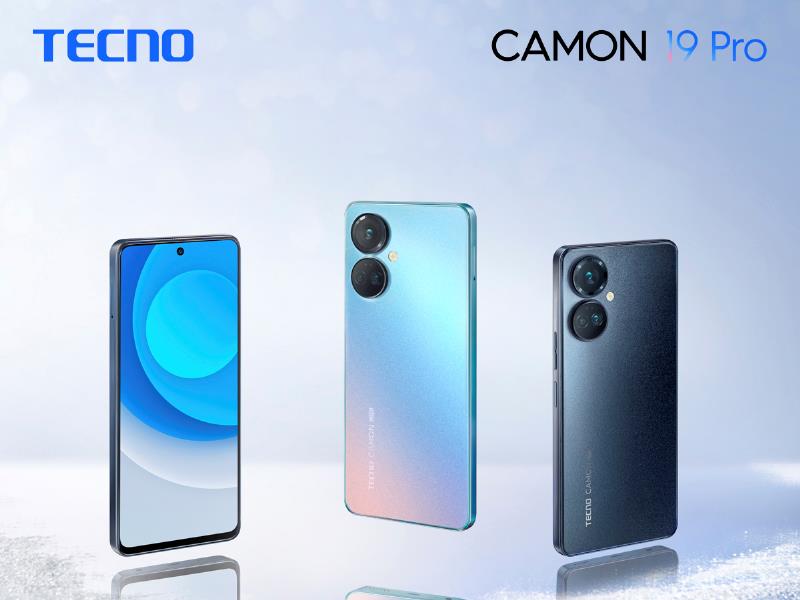 Who’s ready to conquer the night with style, innovation and passion? Who is TECNO #Camon 19 series!

The TECNO Camon 19 series is the latest set of specialty mobile phone offerings from tech giant and global premium smartphone brand TECNO Mobile Limited and it promises something that photo-obsessed Filipino fashionistas should go crazy for. : the best possible night photos.

In fact, #TECNOMobilePhilippines is so confident of the TECNO Camon 19’s ability to pull it off that it decided to put its money where its mouth is by launching the series of phones with the hashtag #YouLookSoGoodTonight. A pretty bold statement, but one that industry insiders say is quite realistic for the brand.

So, let’s get into the specifics of the TECNO CAMON 19 series and see what’s the deal with the phone which was designed for #stylish, #innovative and #passionate Filipinos by the brand known for #StopAtNothing.

Let’s start with the basics. For a phone that wants to be fashionable, how stylish is it?

Ultimately, extremely. In fact, TECNO Camon 19 series boasts of being the global standard for mobile phone design as it won a prestigious iF Design Award in 2022, one of the most renowned and competitive industrial design competitions. in the world. From the world’s thinnest bezel at just 0.98mm to screens certified by TüV Rheinland, and even an ultra-luminescent back cover that mimics a star-filled sky, the TECNO Camon series is turning heads.

And its flagship model, the TECNO Camon 19 Pro, even has a limited edition version with a back cover that has a surprisingly cool secret: at night, the back cover appears to be solid white but once hit by light, it reveals a design inspired by the art of the famous Dutch artist Piet Mondrian. There you go, it’s stylish!

Now let’s move on to the technology behind the Camon series mobile phones. After all, you’re going to need something truly groundbreaking if you’re promising #SuperNightShots, or the best possible night shots in any condition.

Here’s what a quick look at the camera specs of the TECNO Camon 19 Pro reveals:

The 64 MP Bright Night Portrait lens combined with the RGBW color filter sensor technology is definitely what sets the TECNO Camon 19 Pro above the rest. The addition of RGBW technology to the TECNO Camon 19 Pro’s already top-of-the-line 64MP camera means that it can further mimic the resolutions of professional cameras, even in challenging conditions, such as low-light environments or low-light environments. light-sensitive situations.

This powerful combination results in better, brighter image quality and clearer details, especially in backlit or dark photos. It’s the kind of pixel power that’s definitely not common among smartphones and why TECNO executives say this series of mobile phones aren’t just made for nights and should be seen by users as # YourUltraShineInTheNight.

Add to that the 55mm, 50MP Pro Portrait Camera as well as the 32MP Pro Selfie Camera, all of which are cutting-edge features for taking crisp, clear and beautiful photos along with its OIS + EIS x-focus stabilization. laser, which helps eliminate the usual culprits of blurry, shaky, or grainy photos and what you get are premium camera options no matter how you want to shoot.

It also has plenty of additional features and filters to make any photo shoot that much more satisfying. From algorithm-assisted Super Flash fill light program and Super Night filter to AI Face Beauty and multi-functional picture modes, playing with night shots has never been so powerful.

But that’s not all there is to love about the TECNO Camon 19 Pro. It also features a 5000mAh battery with 33W flash charging, a Helio G96 processor for a better display experience, faster speed and more image processing power, and a capacity of Amazingly large memory storage of 8GB RAM + 128GB ROM, which is even expandable to a maximum of 5GB virtual extended RAM.

Pound for pound, the Camon series really brings a lot to the table when it comes to the latest technology and innovation.

So the style is there and the technology is there. But why are they there?

The answer is quite simple. Filipinos are the undisputed kings and queens of all things digital and are known around the world as some of the best photo enthusiasts, whether with selfies or simply capturing moments of everyday life with their cell phones. .

But volume isn’t what drives them, it’s quality. Which makes the TECNO Camon series not only timely but also relevant as it empowers Filipinos to take even better, clearer and more beautiful photos especially at night or in low light situations.

With all that the TECNO Camon series brings to the table, there is no doubt that it has a legitimate game-changing interest for stylish, innovative and photography-loving Filipinos. And with a price that makes it accessible to the greatest number of users, it is quite likely that the TECNO Camon series will soon be THE favorite mobile phone of our local stars of the night.

The TECNO Camon 19 Pro Limited Mondrian Art Edition is a marriage of art and technology. It has a Sunlight Drawing technology which allows the back cover of the phone to change color when hit by sunlight. This allows consumers to experience art in their daily lives.

They will also be available from August 26, 2022 at select TECNO Concept Experience kiosks and TECNO partner retail stores nationwide, check http://bit.ly/TecnoStoresPH to find out which stores have the TECNO Camon Series phones 19 in stock)

Be sure to stay updated on all the latest promotions when you like and follow TECNO Mobile Philippines on Facebook. Visit www.tecno-mobile.com/ph to learn more about your favorite TECNO Mobile smartphones and gadgets.