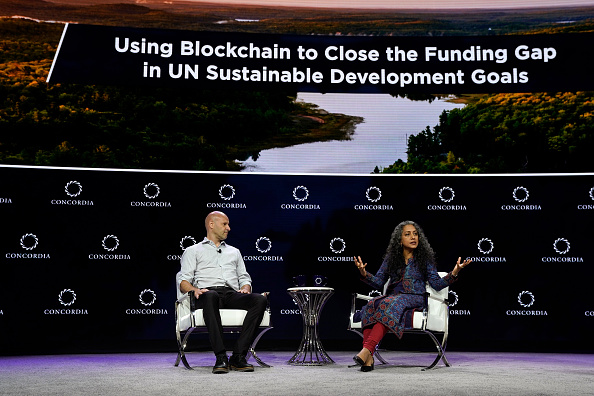 No sooner has New York-based ConsenSys, which focuses on Web3 and blockchain software applications, jumped into the big leagues with a new funding round from SoftBank, Temasek and even Microsoft to the tune of $450 million. . The startup’s latest round of funding was led by ParaFi Capital and brought ConsenSys to a valuation of $7 billion.

Web3 as a whole has grown in popularity over the past few years, especially in the form of both NFT and metaverse concepts. Microsoft, for its part, has been incredibly vocal about its adoration for the product line and the potential behind Web3, or Web 3.0, a decentralized and still theoretical future of the Internet.

The tech giant has also poured millions through its M12 venture capital fund into studio Palm NFT, which won $27 million in its latest Microsoft-led Series B. The games and operating systems provider is not the only technology company to enter the Web3 domain, as evidenced by Disney, Twitter and the new Meta.

In 2021 alone, blockchain startups experienced an intense boom in outside funding. According to data from CB Insights via CNBC, $25 billion in venture capital was used to fund blockchain startups last year, proving the all-time high inherent in the Web3 formula. Just a day prior, Genies Inc, another NFT-based platform, saw Bob Iger join the company’s board, in addition to a previously held $100 million funding round.

Consensus via its investors, such as Microsoft, sees the tech startup as the next step in Web3 and blockchain internet integration. ConsenSys is best highlighted in its Infura Ethereum application builder tool, allowing creators to build applications through ConsenSys’ own varied and easy-to-use tools for the blockchain ecosystem. The product has received $1 trillion in annualized transactions and has an average of 430,000 developers using it daily.

ConsenSys also offers DeFi (decentralized finance) options to its consumers, particularly under the guise of its cryptocurrency wallet, coined MetaMask. This product helps users in digital banking, by allocating their cryptocurrency tokens to a specific location, which can be found either on a mobile app or a web browser extension. MetaMask is where the most cash flow resides for ConsenSys, as the startup takes varying percentages on fees through trading on this platform. It also has 30 million active users as of January 2022.

The $450 million raised will be put into the ether and allow ConsenSys to hire an additional 600 employees for the continued growth of its business. MetaMask will also be privy to a top-down remasking, so to speak, with an expected start in late 2022. ConsenSys is also vying to build a stable Web3 ecosystem with the inclusion of NFTs located more broadly across its commercial ventures.

Read also : Zeta Surgical Image Guided Surgery: How does it work? The startup raises $5.2 million for its companies

ⓒ 2021 TECHTIMES.com All rights reserved. Do not reproduce without permission.